The new 15th District commissioner took the oath of office Dec. 3 and sat for his first county board meeting Tuesday, Dec. 11 after an orientation with board President Toni Preckwinkle.

After his swearing in at the county building, Morrison held a reception for about 130 supporters at the pizzeria his parents own in Chicago.

Morrison, who has never held elected office before, defeated Tim Schneider, the 15th District county commissioner for 12 years and chairman of the Illinois Republican Party, in the Tuesday, Nov. 6 General Election.

At 28, Morrison is not only Cook County’s youngest commissioner, but the first openly gay commissioner.

Morrison said legislation he hopes to pass includes finding ways to make opening small businesses easier. He said many small businesses pay more in taxes per square foot than larger corporations, which is something he said he wants to address. Morrison said those measures could include breaks on licencing fees or other fees for the first two years.

Morrison introduced his first two pieces of legislation at that Dec. 11 meeting: one honoring the five 2018 Luminary Leaders of the Year honored at Enclave for Entrepreneurs at O’Hare in Elk Grove Village, Thursday, Dec. 13 — an event Morrison attended.

Mason said a likely district office location was found in Schaumburg, although he said a county board real estate committee would need to review and approve the location and lease, which would not happen until the Jan. 24 county board meeting.

In the meantime, Morrison has three staffers working out of his downtown Chicago office in the county building. Mason said a fourth community outreach staffer will be hired once the district office opens. 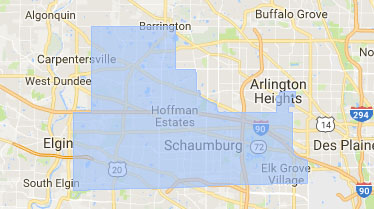